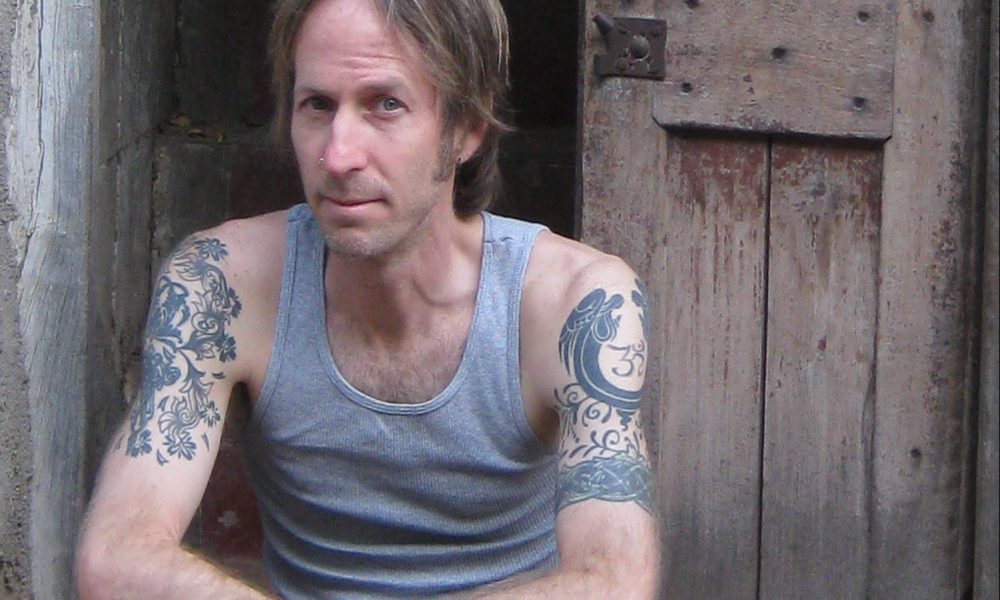 In my apartment in Los Angeles, I sat on the floor waiting with my bags and guitar case for the shuttle to pick me up and take me to the airport. I had this returning premonition that music would interfere with my yoga studies while I was in India. I jumped up and unpacked my guitar. I sat for a while, feeling sure and then unsure of my decision until I was startled by the sound of the phone ringing. The shuttle was here to pick me up. I repacked my guitar and ran out the door.

I had been in Mysore a few days. I was sitting in the Garden Cafe behind the Yogashala thinking about how I would love to meet some musicians to jam with while I was here. I looked up and in walked a guy with this bag under his arm. I asked him if he's got an instrument in his bag. He does. I introduce myself and he says “My name is Pedro (Collares de Moraes)”. He said he is from Brazil but has come to India from Barcelona, where he is a street musician. The instrument he was carrying was a Hang. I told him I play guitar and that I was staying across the street if he would like to jam. I felt a lot of apprehension in him and he said, “I'm only here for a few days so maybe.” I took that as a big NO and felt a little judged.

After the evening yoga class, my friend Julie came into my room. She said there is going to be a big party tonight in the house we were staying in and there will be live music. Excited, I asked what kind of music was going to be played. She looked at me strangely and said, “how should I know? It's you and that guy Pedro playing it.”

About an hour later people showed up and I invited them into my small room until we couldn't fit any more. The rest of the people stayed in the doorway. Pedro showed up. We didn't talk much. He pulled out his Hang and started playing.

It was as if we had known each other all our lives. We had musical conversation with ease. We played back and forth. Eventually, people started clapping their hand and stomping their feet. Three girls started singing some Indian chants and one girl was banshee screaming as the music reached its peak. I felt the room lift itself off the earth and float in the sky. I felt a part of some collective consciousness. Shit, I was the centre of it.

Afterwards a woman stood up. She told me her names was Elisa and that she was doing a documentary film called Radhamma's Dream. She asked if we could do the soundtrack if she booked a studio for the film. I was stunned. I looked at Pedro then back at Elisa and said yes.

Three days later we all headed to the only studio in Mysore. Because the engineers were a little bit confused I decided to put my skills from Los Angelos to help out in the end and ended up acting as the producer. We worked on songs all morning and in the afternoon Elisa brought in five Indian girls around the age of ten who sang with us.

After we recorded the soundtrack Elisa invited everyone involved in the recording session to come to Odanadi the girls shelter she she was doing her documentary on. When we arrived everyone seemed to know Elisa. They smiled at the rest of us with discernment. They took us to a big building the size of half a gymnasium. About twenty children came in through the a different door dressed in traditional, colourful, Indian clothing and began to do a choreographed dance. After the dance, some of the children wanted to meet us and we all took pictures with each other. Eventually we were back on the motor scooters driving back into Mysore as the sun set behind us. Wind still warm in our hair. The calming sounds of engines and rubber on asphalt.

Daniel Overberger is a musician, yoga teacher and writer in Los Angeles, California. He is a regular contributor to LA Yoga Magazine and has recorded several albums with his band Dharma Gypsys. You can learn about his work at his website here.