Guest Post: Aidan Chamandy on Save Her a Seat 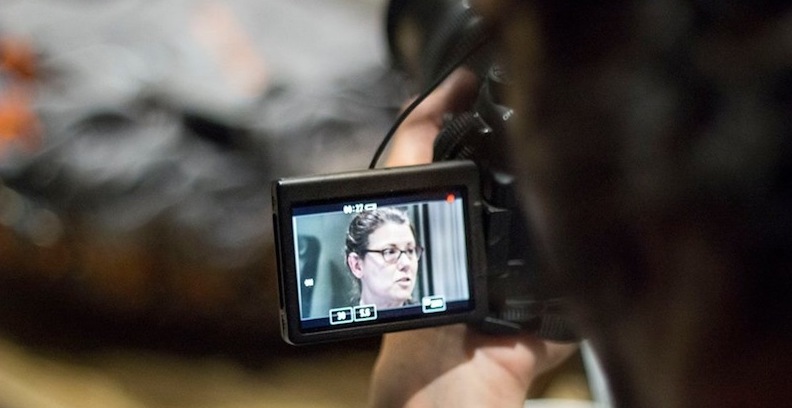 Selvi Kunjigowda could have been another Indian woman who fell prey to her country’s brutal patriarchal society, where women are forced into child marriages and abused both physically and psychologically. Married at 14 and abandoned by her family, victim to her husband’s constant violence, Selvi decided she would end her life. One night, she walked into the middle of the road and waited. Instead of letting it hit her, Selvi hailed down the bus and headed for Mysore and her future as India’s first female taxi driver.

That is the story behind the documentary Driving With Selvi, which was screened last night in Toronto at the Hot Docs Ted Rogers Cinema. Before the screening, a fundraiser was held for Save Her A Seat, a campaign recently set up by Elisa Paloschi, director, producer and cinematographer of Driving With Selvi and Selvi Kunjigowda herself.

Save Her A Seat aims to raise funds to bring the film back to India . The three tier-multi stage outreach campaign plans to use community and educational screenings in North America to raise funds to screen it to women and girls who need it the most in India. Once working with communities in India there are plans to screen the film and provide a safe and supportive environment for women and girls to share their experiences and learn from one another.

In order to have a more permanent impact in society, Save Her A Seat will invest in a bursary program for non-traditional job training for women.The 6-month intensive course will teach the women how to drive, the basics of self-defense, accounting and how to read and write in English.

People can sponsor an Indian woman or girl to see the film for $10, here.

“I do believe that Selvi’s story really has the power to create change and will have an impact on Indian society,” said Paloschi. “Not just with women, but to sensitize men to gender violence and see how they fit into the system.”

In addition to economic opportunities, Kunjigowda and Paloschi are hoping also to create a safer transportation system for women, as this is an often-overlooked obstacle to empowerment.

“Since the 2012 Delhi gang rape people realize that transportation is really important,” said Paloschi. “Women are often stuck in their homes and have a small little world partially because there is no safe way to go outside.”

Aidan Chamandy is a fourth year Journalism student at Carleton University. Driving with Selvi will be screening at the Carleton, presented by Journalists for Human Rights, on March 22 at 6pm. Details here. This article has been updated and condensed.