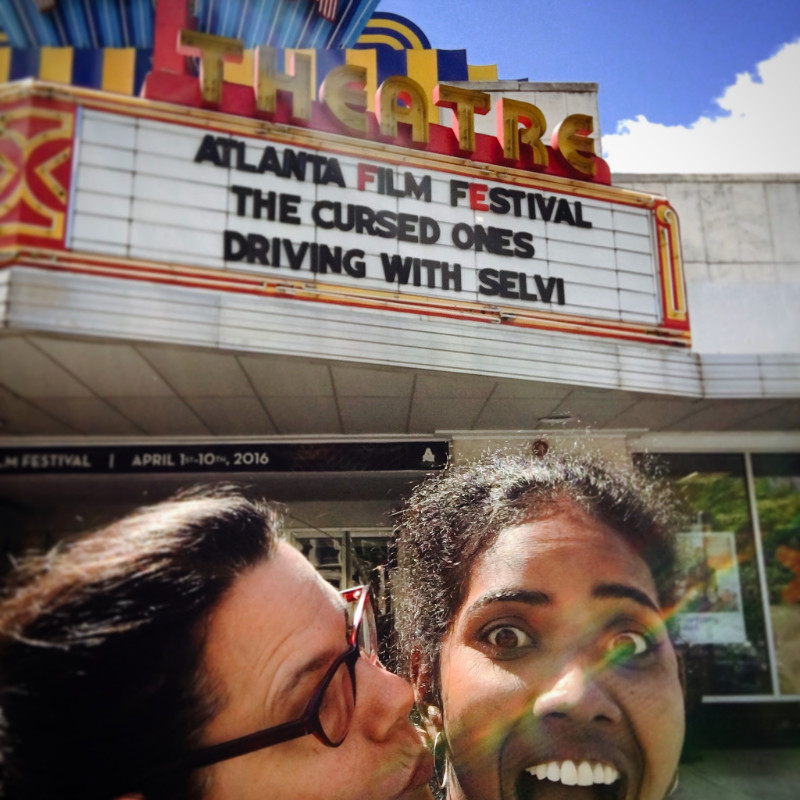 It’s been a while since our last major update, but not because there's been nothing to tell you, rather, almost too much. Here's just a taste of what we've been up to.

West, back to Kingston for a Kingston Canadian Film Festival Encore presentation, and then on to Geena Davis' Bentonville Film Festival and Documentary Edge in Wellington NZ.

Driving with Selvi aired in the Netherlands in March on NPO2, and earlier in the year in Jordan, Peru and Kenya on public TV, through our partner ITVS’s Women and Girls Lead Global series. Elisa has been flying back and forth across the globe (with Selvi for much of it) sharing the film with so many audiences. In fact, since its release late September, Driving with Selvi has appeared at more than 30 festivals and reached audiences on six continents.

This month we held our first official educational screening at La Salle Secondary school in Kingston, which was attended by 100+ students. The young people who watched the film were deeply moved by Selvi’s story, and Elisa was deeply moved by their response to the film.

“Watching Selvi face so many challenges with such a positive outlook was pretty amazing. Sitting in a school auditorium watching a girl who never got to study makes me appreciate what we have here in Canada, and has given me a bigger picture of the world.” (Grade 10 student)

All the best, Elisa, Selvi and Julia

You can read the original newsletter here