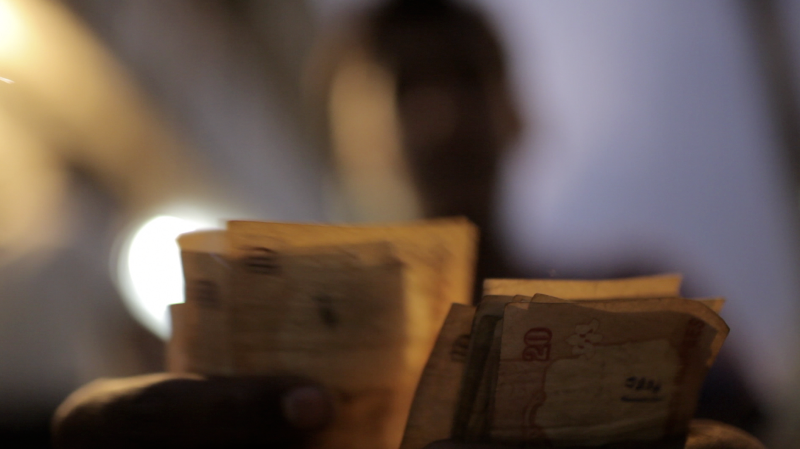 Many of Selvi’s problems illustrated in the film originate from a society that treats women as commodities. Young women, many of whom would be considered children here, are married to men as a way for their parents to ease their own burden. Daughters are treated as a problem that can be solved by marrying them away. Growing up in a Tamil-Canadian home and within the Tamil-Canadian community, I’ve seen this attitude first-hand. I’ve seen it plenty, and I’ve seen it often. Attitudes here are shifting, but only at a glacial pace.

This is one of the many lingering curses of a rural, agricultural society being dragged into the modern era. The Dowry system, though outlawed by India in 1961, is still widely practiced all over the country. One of the holdovers from this is a society that looks at girls and women as disposable. They are kidnapped and sold into sexual slavery on a regular basis. I would call it alarming but for many it’s a regular part of daily life. So much so that it’s commonplace and spoken of as though the young woman had only moved away. The film details one such story and hers is just one among thousands of others.

If these things are all such big issues, many people wonder how they could still be going on if India is modernizing. The answer is simple: these practices all benefit men. The patrons of brothels where girls are sold are men. This is not discussing men who patronize sex workers who are choosing their profession. These are men who know they are raping the women they are paying for the time of. These are men who are marrying girls who are barely 12. These aren’t monsters; these are normal men who are trained from birth to treat the women around them as objects.

Part of solving long-ingrained sexism is not just empowering women; it’s also educating men who are complicit in the system that oppresses the women around them. It’s re-educating them to understand the women in their lives are capable and intelligent. Getting men who are silent on the street while a woman is being harassed to stand up to their friends and tell them their behavior is unacceptable. Part of reinforcing women’s rights in India is teaching men to not prop up a broken system. Equality shouldn’t be so hard a path. At its most basic, it’s people seeing each other as people. Everything else is an excuse for poor behavior.

Driving with Selvi is a movie that goes a long way towards presenting the plight of Indian women in an unflinching and honest way. The sight of Selvi’s tears as she recounts a story she wishes she had left buried in memory, will haunt me for the rest of my life.

John Rathiganthan is a freelancer writer, novelist, and comic book author. He writes about video games, science and feminism. You can find him on Twitter @fohnicus.